A short history of mark ferguson 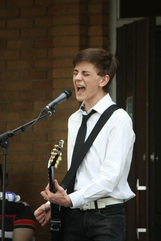 Mark Ferguson was born and raised in the small town of Ponoka, Alberta. He began taking music lessons when he was young, beginning with vocal lessons and later adding piano lessons as well. Mark taught himself to play guitar at age 14 and got his first electric guitar when he was 15.
Bandolier was formed in his parent's basement a few years later when his best friend, Brett Halland began playing the bass guitar. The original line up featured Ian Ferguson on lead vocals, Mark on guitar, and Brett on bass. Eventually, the need for a drummer grew more apparent, so Ian was put behind a set of drums and Mark took over lead vocals. 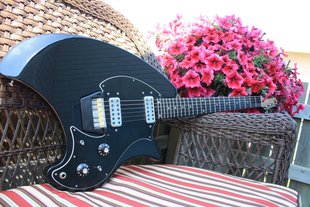 You gotta live before you die.