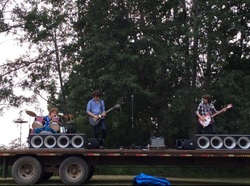 This was Bandolier's second show at Gull Lake - a sort of encore performance from the year before. The set up was very similar to the year prior and the band had the opportunity to put on a very expansive setlist for a very enthusiastic audience.